The prestigious product from the manufacturer for industrial and construction hoists celebrates its 25th anniversary this year. As the inventor, the company is commemorating the market launch of the GEDA transport platforms!

The Bavarian company has been one of the market leaders in the field of height access technology for over 90 years. There is hardly a construction site today without a GEDA transport platform. Many key milestones made this product range the big seller that it is today. With a high level of vertical integration, unique know-how and the renowned GEDA quality “Made in Germany”, these rack and pinion hoists are indispensable helpers at any construction site. 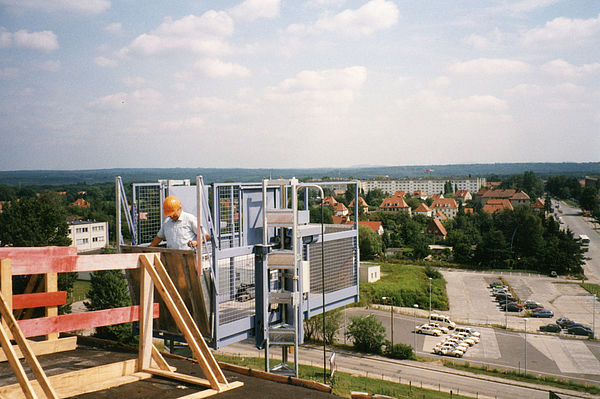 A quarter of a century ago, the construction industry demanded an efficient, cost-effective and flexible solution for the vertical transport of materials and passengers at construction sites. Conventional material hoists were already established on the market, but of course transporting passengers was strictly prohibited at the time. GEDA GmbH addressed this demand and developed the pioneering GEDA transport platform. The first transport platform that was sold was a GEDA 1200 ZP and was commissioned at the “Airport-Center” construction site in Dresden. It was immediately very popular there and kicked off the success story – a legend was born: Cost-effective, easy to use and high levels of utilisation – with full passenger and material transport. 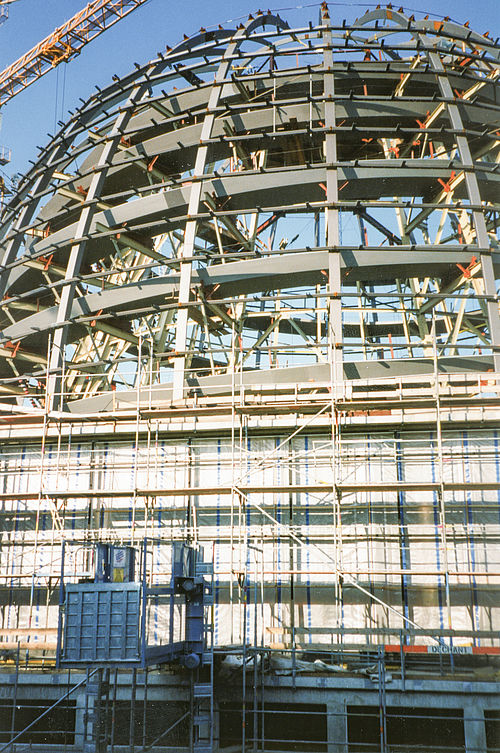 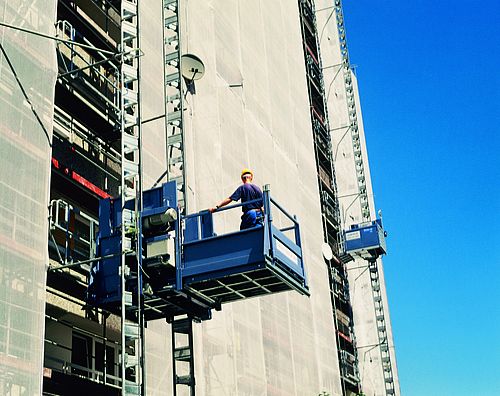 Just one year later, the next transport platforms were presented at bauma 1998. Two new models – GEDA 500 ZP and 1500 ZP – were added to the range. The expectations were great, and they were fulfilled at a showpiece project directly on the Reichstag building in Berlin. An in-person meeting between today’s Managing Partner, Johann Sailer, Head of Sales Josef Hafner and then-Member of the Bundestag Hans Raidel sealed the deal.

Johann Sailer, Managing Partner of GEDA GmbH, says about the anniversary: “The name GEDA stands for unique quality ‘made in Germany’ all over the world. This reputation is certainly also based on our transport platforms. It started with a vision – we wanted to revolutionise the transport of passengers and materials, and 25 years later we can now say: We have succeeded!”

With the turn of the millennium, a few things happened at GEDA as well. The construction hoist division of Ebbs & Radinger in Vienna was acquired, providing access to new market segments. The GEDA ERA 1200 Z/ZP and GEDA 1500 Z/ZP were added to the transport platform family. In 2005, the time had finally come: The long requested transport platform for permanent installation was ready for sale. The previously “green temporary series” was expanded with another “yellow permanent member” and can be used in a variety of different industrial operations. In 2008, the new GEDA 300 Z/ZP became the optimum solution for construction sites with extremely confined spaces. With different platform variants, the GEDA transport platforms offer maximum flexibility. The launch of the SL platform for the GEDA 500 Z/ZP in 2013 set a milestone in this respect. The powerhouse from GEDA was presented almost at the same time as the opening ceremony of the Summer Olympic Games in Rio de Janeiro: the GEDA 3700 Z/ZP. GEDA has since been offering a device that fully meets the market requirements for higher load capacities. An end to the success story is certainly not in sight, but let’s have a look at the most recently launched transport platform. The revolutionary free-standing GEDA 1500 Z/ZP F transport platform was presented in 2021. This device can be used free-standing, without anchoring, wherever anchoring is not possible.

The question is how to top the history of this “GEDA best-seller” after 25 successful years. We can reveal one thing already: We have succeeded! Always with an eye on the market, GEDA addresses the many different market requirements, and that is how this new transport platform was developed this year. Powerful, comfortable and innovative – this device is likely to set new standards for the future. It is characterised by new special features and an optimised load capacity. The secret will finally be revealed at bauma 2022 when we will be able to proudly present the device at our trade fair stand FS.1004/1. 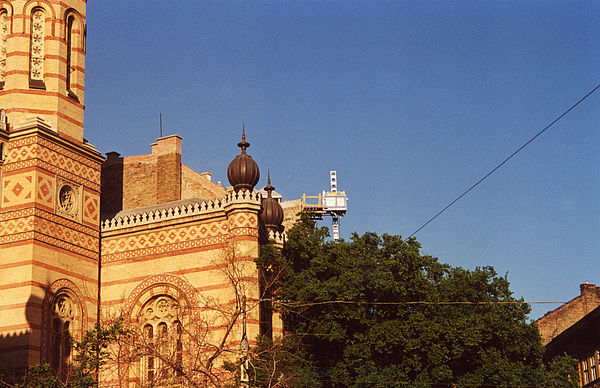 What makes this transport platform so special?